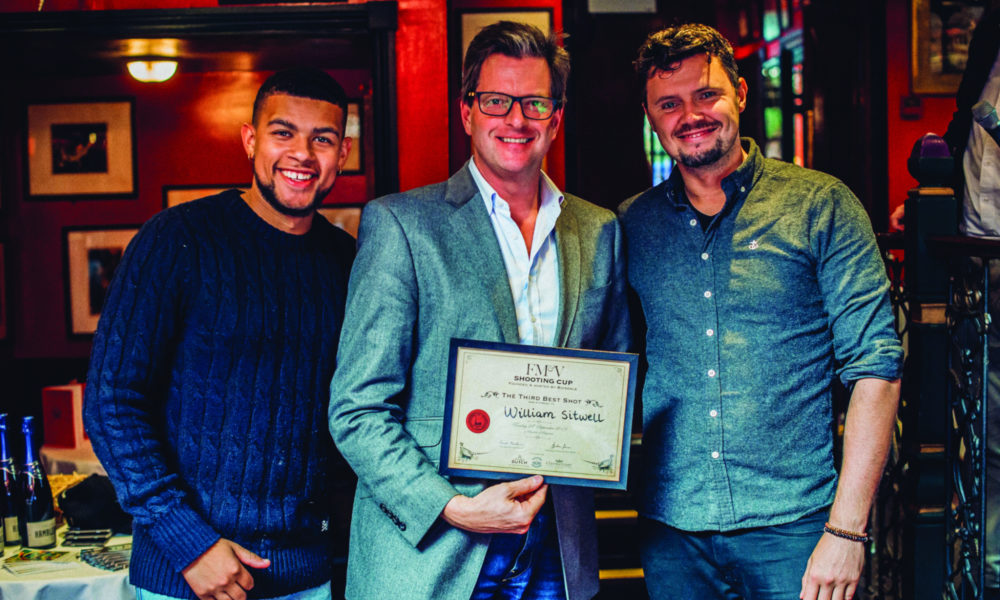 Carnivores beware: William Sitwell finds that an ill-considered joke about vegans can cost you your dignity – and your career

One chirpy afternoon in mid-October, I bashed out a few words on my phone to an unsolicited offer from a journalist – the proferring of words for money of a vegan variety – and thought little beyond my own childish chuckle. Mine was a brief reply, joisting with this unknown wannabe scribbler.

“Tee-hee,” I thought to myself before turning to the next task in hand, proof-reading the tale of a Tuscan Christmas, which would appear in the magazine where I had toiled for nearly two decades.

The lady who had emailed me, it transpired, was a little shocked by my reply. She had suggested a series of “plant-based recipes” that would appeal to those of a vegan persuasion. My response was that rather than feed such people we should slaughter them.

I forgot all about my gratuitous insult to this woman – as unsolicited, perhaps, as her email – until it was leaked to a news website a few days later and all hell broke loose.

As was widely reported, the fallout from my foolish reply was that I lost my job. I stepped down from my role as editor of Waitrose & Partners Food Magazine, and as editorial director of the company that published the title, John Brown Media.

Little was left in the dust of the ensuing media storm but egg on my face and the prospect of £500 in the Bank of Boisdale. In the days that followed I had the unusual experience of listening to pundits discuss my career and demise. My son and I sat watching Newsnight one evening. There in the studio was a huge image of me on screen, and Giles Coren saying that while it was a terrible joke – and he would never make such a bad joke and his jokes were far better – I should not have lost my job.

I lay in the bath one night listening to a phone-in on the same subject. A Geordie man became my hero. “What was that girl doing leaking that email? The man’s lost his job. He’s probably got bills and a mortgage to pay.” “Yes!” I yelled at the radio, splashing in the water. “You tell ’em!”

I felt it was right that I resign from my role as editor as I had brought mayhem on my esteemed client and the firm I loved. It was the right thing to do, but it was also quite annoying to find myself out of a job.

What was far more annoying, though, was to suffer the humiliation of hearing people discuss how bad my joke was. Because I feel I’ve made some quite good jokes over the years. In fact, I have prided myself on writing pieces that are supposed to make people laugh. And now and then I have succeeded. I’ve written funny pieces in the Daily Mail, Daily Telegraph, Sunday and Daily Express, The Guardian, The Times, Tatler, Country Life, even here in Boisdale Life. I have tried to be funny on TV, making jokes about what food looks like on Master Chef – “It looks like a car crash in Toy Town,” I once said of a pudding, imagining, perhaps, that someone watching might chuckle. I’ve done jokes on the radio, appearing on programmes whose aim is to be funny – a Five Live show called The Treatment, a Radio Four programme called The Now Show. Years ago, at university, I had a column in the student paper, called ‘The Sitwell Slot’. I took it upon myself to write funny pieces each week.

And, reader, I have even spent time being a stand-up comedian and have performed at venues such as Islington’s Tut ’n’ Shive and the Tristan Bates Theatre in Soho. I once played Emperor Joseph in Amadeus – it’s the funniest part. I once performed five different roles in a very funny play called Underworld of Leather at a now defunct theatre at World’s End in Chelsea.

I love to study the art of comedy, watching the craft of the comedian, the set-up, the punchline, the very delivery. I have spent hours on YouTube watching the masters: Tommy Cooper, Michael Macintyre, Louis CK, Bill Hicks, the masterful mimicry of Rory Bremner. I have lapped up, repeatedly, the funniest films, from Withnail and I to Sideways. Now and then I make speeches, my dream being to ape my heroes and make an audience laugh.

But now look at the fine mess I’ve got myself into. Known as the idiot who made an unfunny joke and lost his job. A terrible joke and shocking timing. (It turned out that Waitrose was launching a new vegan range that week. Whoops!)

Actually, if there’s one specific thing I remember about sending that email at the time, it was that I thought it was a rather poor effort, zapped out too quickly, an unhoned remark. There was a second email, in fact, in reply to the lady’s response to me. I suggested another variant of the plant-based series. “How about a column called ‘The Honest Vegan’,” I wrote. “A millennial’s tale of earnest endeavour – and bacon sandwiches.”

Now I reckon that’s quite funny. But as it is quite funny no one has remarked on it, or, on social media, demanded my death. Perhaps if I’d just flung out that missive I’d still have my job. I’d still be proof-reading jolly pieces about festive Tuscan feasts and checking the introductions for features on mid-week suppers. As a comedy lover I think it’s fair to be internationally castigated for writing an unfunny joke.

In future, I’ll try harder, keep the early drafts to myself and not send out untested material to complete strangers in cyberspace.