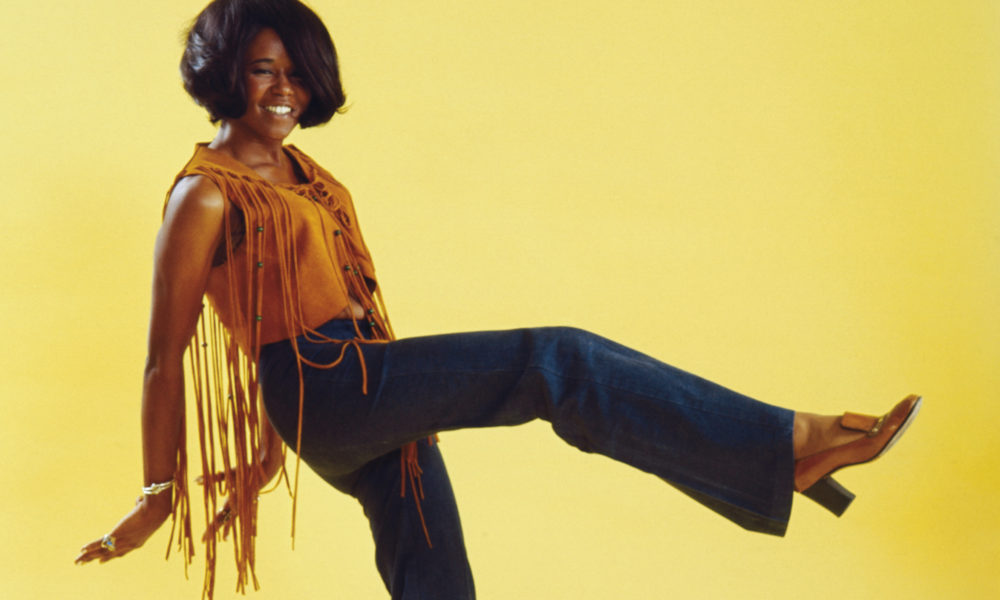 In one of the great musical miscarriages of justice, the wonderful Motown singer, Blinky, missed out on stardom. Now her moment has come, and not a minute to soon, says Charles Donovan

Think of Motown, and Marvin Gaye, Stevie Wonder, The Supremes, and The Temptations spring to mind. But for every act the Detroit label launched into the showbiz stratosphere, an equally talented one remained earthbound. Syreeta (ex-Mrs Stevie Wonder) made two exceptional albums in the early 1970s that came and went with precious little notice. Fiery-throated Bettye Lavette recorded the tremendous Tell Me A Lie in 1980, which sat like lead in the record shops.

But no Motown star-in-the-wings was as unjustly overlooked as Blinky, a preternaturally gifted, young Californian with a gospel background who came to the label in the late 1960s. Motown was meant to be her fresh start in secular music (she’d already made a solo album for Atlantic Records, under her birth-name, Sondra Williams) and a chance to enter the mainstream. It’s not as if she lacked the talent. While the company’s reigning queen, Diana Ross, sang in a feathery, coquettish style, Blinky was more in the Candi Staton mould, with a grainy, emotional voice emanating from the solar plexus. She was an accomplished pianist, too. Yet, proving that talent and success are rarely commensurate, Blinky’s Motown days kept her in stasis, damaging her confidence and career.

She recorded over five albums-worth of material in five years, but only a small fraction reached the public – through under-promoted, flop singles; a brief, brilliant turn on 1972’s Lady Sings The Blues soundtrack; and a duets album with Edwin Starr. Only now, 50 years later, has her best Motown work emerged on luxury anthology, Heart Full Of Soul (Second Disc Records/Real Gone Music).

Blinky, so-called because she blinks a lot, grew up in Oakland and then Los Angeles, one of three children born in the 1940s to a pastor and his wife. All were musical. “My brother blew sax,” she says. “I played violin, clarinet and piano, and my sister sang opera. My father blew trumpet and sax and my mother played piano and flute.” Although it was a religiously observant household, no music was banned. “I listened to rock ‘n’ roll, Sam Cooke, Nancy Wilson, Mahalia Jackson, Nat King Cole, and every gospel song and artist.”

Before her childhood was over, Blinky was a polished choir leader. Family friends included CL Franklin, whose daughters, most notably Aretha, would make entertainment history. Although one label tried to sign Blinky while she was in high school, “I wanted to be a missionary,” she explains, “to go into countries and help people. I didn’t want to sing.” But by the time she reached Motown in 1968, Blinky had recorded as part of gospel group, The Cogics, which featured Gloria Jones, Billy Preston, and Edna Wright. “We were all preachers’ kids,” she says. “It was my time with The Cogics that let me know I really wanted to be a singer.” She arrived at Motown with an impressive CV; a cool look; and a voice that captured a song’s emotion.

Blinky’s first visit to Motown’s Detroit headquarters, to sign contracts, was not an unqualified success. “I went to the sixth floor and in a big room were Berry Gordy, Smokey Robinson, Marvin Gaye, Ashford & Simpson, everybody big that you could think of. I’m looking like I’m going to a church meeting – I have a purse, gloves, and a little pillbox hat. I freeze. I don’t know any of the people I’m looking at. I find out I’ve just interrupted Product Evaluation, the biggest meeting that’s ever held, where records are judged.” A shaken Blinky fled to the nearest bathroom but was brought back to audition for Gordy. Then, another hitch: Gordy asked her to sing a Motown song. She had to admit she didn’t know any. “What saved me was Smokey saying, ‘You play piano, don’t you?’ So I sat at the piano and sang ‘Our Day Will Come’ and ‘God Bless The Child’ four times. Norman Whitfield and Ashford & Simpson came in and Mr Gordy said, ‘This is our new artist. She’s from the Hollywood office and she’s gonna be a big star’.”

Three Blinky albums were assigned catalogue numbers before being cancelled. Sunny & Warm (1970) was completed and appears in its entirety on the anthology, while Blinky (1972) and Softly (1973) were only partially recorded. Blinky faced an array of problems. Motown’s Quality Control department decided which singles and albums were released and may have favoured established names. The company was part-way through a chaotic relocation to Los Angeles. And, by the late 1960s, many Motown acts were huge stars and there was less energy for breaking new singers.

Blinky’s manager at the time, Shelly Berger, says, “When Motown started doing television specials, getting involved in movies, Berry Gordy divorced himself from the record side of things. Blinky therefore lost a major champion”. Berger also feels that her lack of Detroit roots cost Blinky, perhaps in terms of unconscious bias in Quality Control.

On its own, each of these problems might not have blocked her, but combined, they formed a bricolage no talent, no ambition, no sheer force of will could overcome. Or, maybe Motown’s approach to recording Blinky was at fault; she endured two-week-long studio ‘blackouts’, singing grab-bag assortments of ditties by all the key Motown writers, such as Ashford & Simpson (‘I Wouldn’t Change The Man He Is’) and Stevie Wonder (‘Don’t Leave Your Baby’). 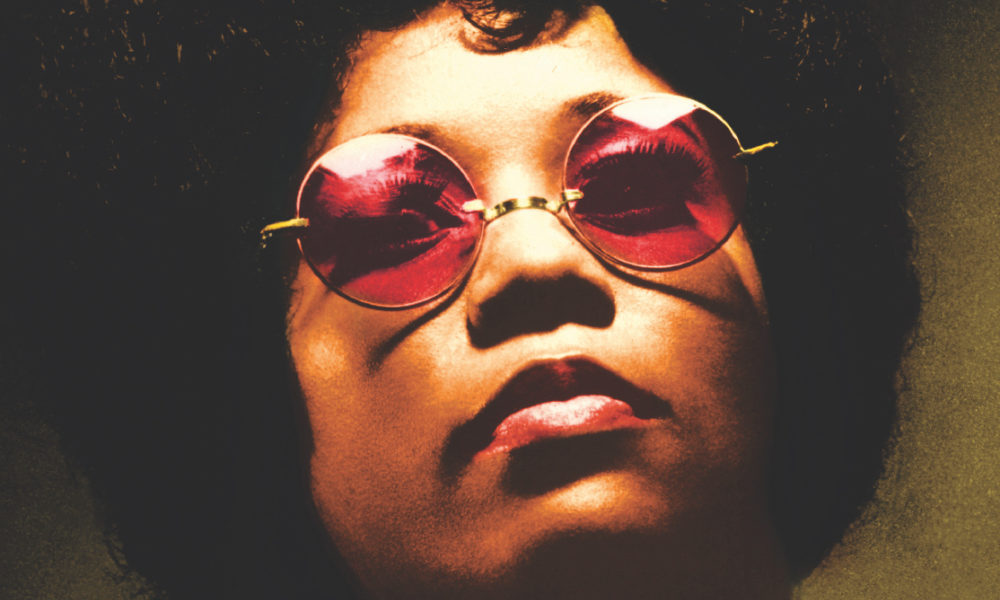 The only songwriter who composed specifically for Blinky, building his songs around her character and style, was Clay McMurray, writer/producer of Gladys Knight & The Pips’ first hit, ‘If I Were Your Woman’. Who knows what might have been, had Blinky recorded an album written entirely by him, with one authorial voice and a strong producer’s vision? Or if Motown had taken advantage of Blinky’s talents as a pianist and composer, and pushed her as a self-contained auteur?

The emergence of her suppressed Motown recordings and the consequent vindication of her talents prompts mixed emotions in Blinky. Her eyes well up and she asks to pause the conversation. Heart Full Of Soul is the fruition of years of work by John Fraser, whose ‘Free Blinky From The Vaults!’ campaign got the ball rolling; Motown historian, Andy Skurow; and producer Joe Marchese. “I was totally amazed,” Blinky tells me, her tears subdued. “I cried for a while. Then I got angry. Then, depressed. I listened to one song and then didn’t listen to any more of it for weeks. Memories came back... being in the studio day and night with producers I didn’t even know. My first thought was, ‘How can these songs and this material mean anything now, 900 years later, if it didn’t mean anything then?’ Why would you put it out now?”

Eventually, Blinky’s friend, Cornelius Grant, former musical director for The Temptations, changed her mind. “He said, ‘You came to Motown at a bad time. Diana needed a hit, the Supremes were breaking up, Martha [Reeves] wanted to go by her first name, a couple of people had died, we were moving from Woodward to LA. There was so much going on and you got caught in the shuffle’.” The truth is that Blinky’s recordings were good enough then.

Blinky’s pop career expired and she returned to gospel. “I really felt like I couldn’t sing. I thought, ‘Maybe you’re not a good enough singer for Motown’. But recently, after listening to all that material, I feel that I was one of the better singers there. Me and Brenda Holloway, I think we were the great singers at Motown.”

What kept Blinky in constant work after Motown was her stature as a live performer, her reputation in gospel, and her international renown as a choir director. Her feelings about Motown are now thawing. Although she states bluntly that “I learned nothing creatively at Motown,” she has started to include songs from the anthology in her live set and she’s quick to credit some of the stars she was paired with on tour, especially Sammy Davis Jr, for their guidance and support. She can now listen to the collection without such hurt. And in February, there came a rapprochement with none other than Berry Gordy, who came to her Los Angeles gig. They embraced and Gordy joined her on stage, accompanying her on guitar. “He said, ‘An apology is owed you’,” Blinky says, and there’s closure in her voice. Disappointment and frustration fall away. Blinky, living embodiment of the old adage, ‘talent will out’, is at last getting some of the recognition that should have been hers half a century ago.

‘Heart Full Of Soul: The Motown Anthology’ is out now on Second Disc Records/Real Gone Music 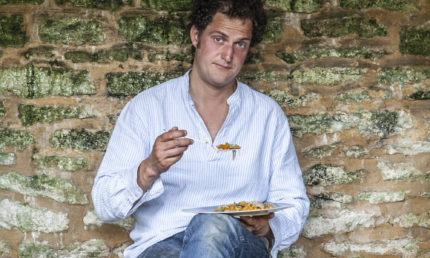