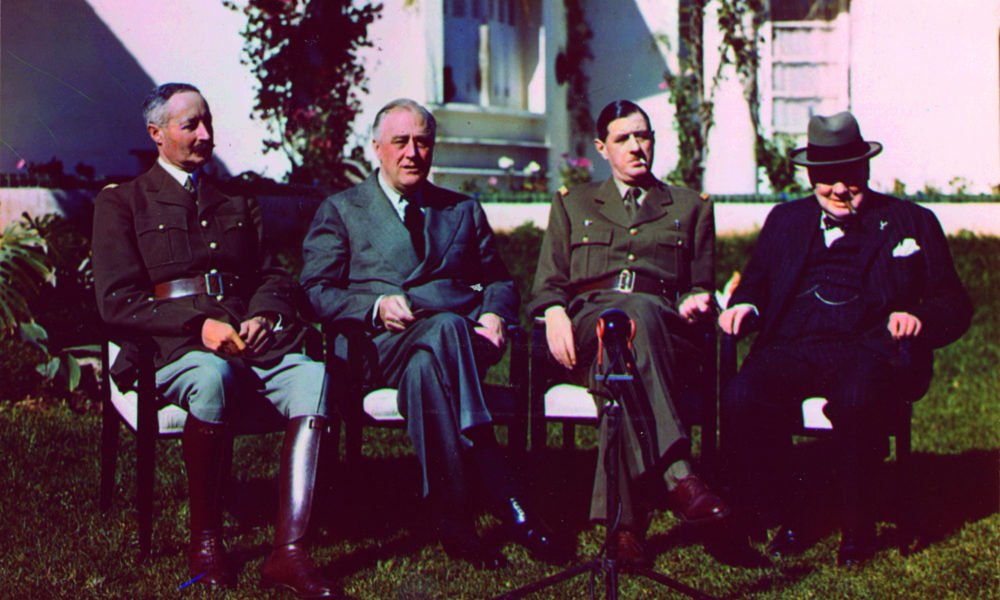 A CERTAIN IDEA OF DE GAULLE

Great human beings are often impossible. Ronnie Millar was one of Margaret Thatcher’s favourite speech-writers and would have cheerfully lain down his life for her. Yet I remember one occasion when Ronnie said: “I love-hate that woman. I can’t tell you how intensely I love-hate her.” At times, almost everyone who worked for the Lady would have known what he meant; the same would have been true of the men who served Elizabeth I and Winston Churchill.

But those world-historical figures also had redeeming personal qualities. There were moments when the sun emerged from behind the clouds and all the difficulties seemed worthwhile. That was less true of Charles de Gaulle. In an outstanding new biography, A Certain Idea of France, Prof Julian Jackson cites one diplomat whose “admiration for de Gaulle was tinged by frustration at the asperities of [his] personality”, while another senior figure commented that: “De Gaulle’s rigidity in the tiniest issues is part of his personality.”

The title of the biography comes from the first sentence of de Gaulle’s War Memoirs: “Throughout my life, I have had a certain idea of France.” Unlike his biographer, though, the General was not a scrupulous historian. In speeches and memoirs, he was happy to enhance helpful facts and suppress inconvenient ones. This time, however, he was telling the truth. On a later occasion, he actually declared: “La France, c’est moi.” To make sense of himself, he had to make sense of France. Ultimately, he failed in both endeavours, but it was a compelling vocation; the stuff of drama and grandeur.

When one contemplates de Gaulle’s life, one point is self-evident: how difficult he found it to be French. The reason? The Revolution. De Gaulle’s background was bourgeois, Catholic, conservative – and monarchist. This left him with a chasm to straddle. In 1943, de Gaulle told Harold Macmillan that French history had gone wrong in 1789; his task was to put it right. Macmillan, too, had a romantic streak, but even he was incredulous. It is claimed that de Gaulle drove past a poster with the slogan, “mort aux cons!”, provoking the laconic response: “vaste entreprise”.

This intellectual struggle was intensified by the military context. France had been defeated in the Franco-Prussian war of 1870-71. Thirty years later, the army was plunged into crisis by the Dreyfus affair. Given his background, de Gaulle might have been an anti-Dreyfusard and an anti-Semite, and drawn to the antiParliamentary extreme right. That he was never tempted to do so is a testament to his good sense and decency. It might also have been assumed that he would admire Napoleon. Not so. If you are a legitimist like de Gaulle, Bonaparte was a usurper. He was also a failure, leaving France smaller than he had found it.

De Gaulle had no desire to emulate that. While he was trying to make sense of the past, his temperament was put under further strain during the First World War. A brave officer, he was captured at Verdun. When he returned to France, he assumed that his career was over. Once again, not so. A good officer needs courage, leadership and brains. However difficult de Gaulle could sometimes be, he clearly possessed all three.

Incarceration had given him time to resolve his allegiance problem. De Gaulle always read widely and deeply and was drawn to philosophy, particularly that of Charles Péguy, who preached reconciliation. Monarchists and revolutionaries could come together in the service of France. This sounds more politically convenient than intellectually rigorous, but de Gaulle subscribed to it. He also believed that as a soldier, he was serving eternal France, not transient politicians.

Especially during the 1930s, those politicians often aroused his contempt. Many of them seemed incapable of rising to the level of events. De Gaulle was also certain that there would be another war. France had avenged itself for 1870. The Germans were bound to find an opportunity to retaliate. De Gaulle even knew how that coming war should be fought: specialist tank formations. However, few in authority agreed with him.

His predictions and his forebodings were both realised. Under German attack in 1940, France collapsed, her political class quickest of all. Destiny had come to de Gaulle, albeit as the handmaiden of adversity. He arrived in London, a two-star general with a couple of suitcases and £1,000 pounds in French francs. His first visit to England had been only 10 days earlier and he spoke the language badly. Admittedly, he had been a minister, but a junior one – and for just 12 days. Yet he claimed to speak for France.

It sounds like the stuff of schoolboy fiction, but that is where fortune was on his side. Churchill, who always had a penchant for romantic characters who wanted to fight, had met him and been impressed. So he bought into de Gaulle.

There followed five years of rows and storms. Roosevelt could never see the point of de Gaulle, and Churchill often had to protect him. Even so, there were moments when he was driven to fury. The anecdote is not in this book, so it may be only ben trovato, but at one point, Churchill is reported to have said: “Si vous m’obstructerez, je vous obliterai.” I heard Harold Macmillan tell a similar story, of Churchill emerging from a meeting with de Gaulle and asking: “Harold, tell me. What is the French for the opposite of Vive la France?” Needless to say, there was no gratitude. The more vulnerable his position, the more defiant de Gaulle became.

One can understand why. France had been comprehensively defeated, and the bulk of the population were ready to embrace defeatism and support Pétain. One perceptive observer caught his mood in 1940. “He felt the dishonour of his country as few men can feel anything… he was like a man who had been skinned alive… the discomfort was due, I am certain, to the boiling misery and hatred inside him.”

But his defiance worked. At the end of the war, France was treated as one of the Big Four victors, with an occupied zone in Germany and a seat on the UN Security Council. De Gaulle had established a dominant position in French politics, and seemed to have deserved it.

The rest of his career was much more problematic. Briefly President after the war, he found it impossible to work with other politicians. He was convinced that France needed a new constitution, which would give its President both monarchical grandeur and extensive powers to rise above mere party politics. Thwarted in these objectives, he retired to Colombey-les-Deux-Églises. From there, he overshadowed French politics. It appeared that France could neither be governed with him, nor without him.

Yet there was a route back to power: a crisis, followed by a hypocritical solution. For more than a century, Algeria had been regarded as part of France and had a million inhabitants of French origin. Most of the other nine million had other ideas, however, and in 1954 rose in revolt. De Gaulle projected himself as the leader who could keep Algeria French, but this was always a hopeless ambition. The necessary scuttle required a figure of his prestige, so he performed a valuable service – though hardly a dignified one.

But he was able to satisfy his appetite for dignity, in the constitution of the Fifth Republic, established in 1958. It enabled him to govern as he wished to, with minimal concessions to lesser politicians. This satisfied his appetite for grandeur. That said, as Presidents Giscard d’Estaing, Sarkozy, Hollande and Macron have discovered, grandeur can easily turn into folie de grandeur. It could be argued that something similar happened to de Gaulle.

His foreign policy was a mess. Obsessed by trying to prove himself the equal of the US and the USSR, he often succeeded in making France look ridiculous. At times, his main aim appeared to be revenge, for the way he had felt slighted during the war. It was clear that he never worked out what he wanted to do about Europe. He seemed to believe that the rest of the Common Market would obey France’s instructions, and that was never realistic.

De Gaulle had given much thought to economics, without coming to workable conclusions. By the mid-1960s, discontent was growing, leading to the évenéments of 1968. De Gaulle did not know how to cope and was effectively rescued by his sometime Prime Minister and soon-to-be successor, Georges Pompidou.

The last few months of de Gaulle’s life were unhappy. He increasingly seemed to be a great man overcome by littleness.

No one will be surprised to learn that de Gaulle was an extraordinary character – as Prof Jackson’s book makes crystal clear. At France’s darkest hour, de Gaulle stood firm and earns the tribute that Prof Jackson pays to him in the final sentence: “He saved the honour of France.”

A Certain Idea of France: The Life of Charles de Gaulle, by Julian Jackson, is published by Allen Lane 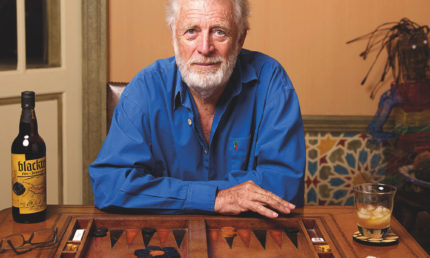 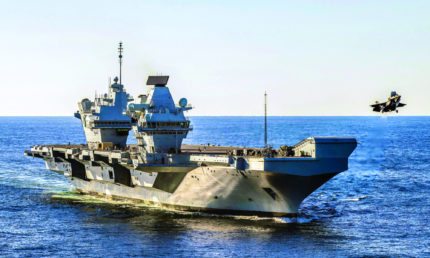