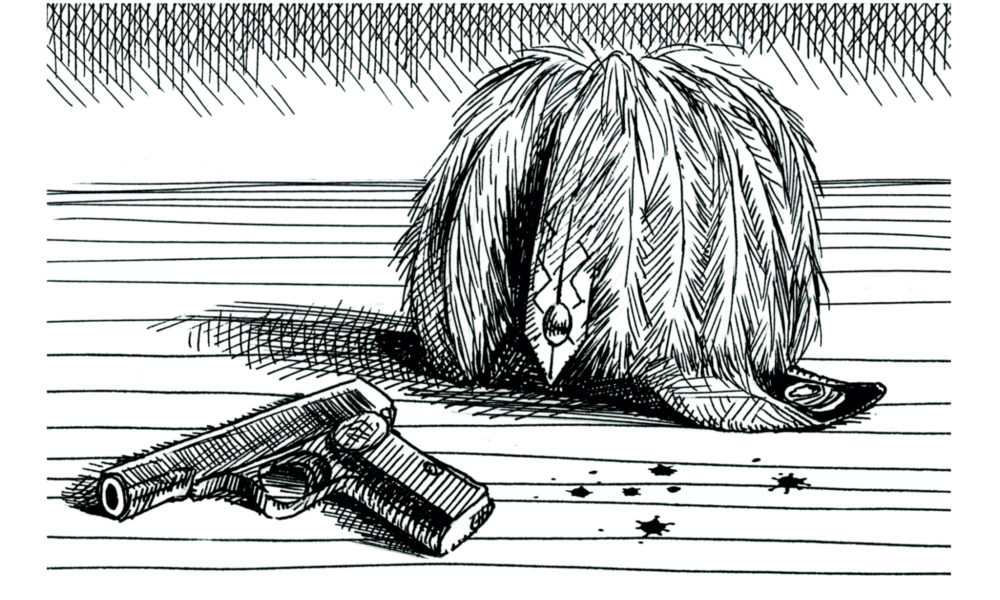 A century has passed since the end of the First World War. What might the world have looked like if Britain hadn’t joined the fight, wonders Bruce Anderson

Tantalisingly close to the end, pathos was added to tragedy. An unlikely soldier, he had made himself a good one. An improbable officer, he had proved himself in combat. His courage had won him a Military Cross. Now, seven days before the Armistice, Wilfred Owen fell in battle, joining the ranks of “these who die as cattle”.

Death was swiftly followed by immortality. Once his poems were published, there was an aching sense of loss. The hideous damage that the War had inflicted on civilisation was epitomised in the death of a poet. That said, one can speculate as to how his talents would have expressed themselves in peacetime. Once Owen had escaped from the horrors that inspired him, would he have found new themes, a new voice? Keith Douglas, a less developed poet killed in 1944, might have been the greater loss.

He would never have been so influential – no war poet ever was. It took time for Owen’s verse to shape events, that said. When Field Marshal Douglas Haig died in 1928, the crowd that turned out to salute his coffin was larger than the one for Winston Churchill. Owen had castigated “The old lie: dulce et decorum est pro patria mori.” As the decades passed, his view gradually prevailed. He had literary allies, principally Robert Graves in Goodbye to All That and Erich Maria Remarque in All Quiet on the Western Front. Events also appeared to justify his belief in the cruel futility of war. By the late 1920s, economic crises proved that far from being the war to end all wars, the Great War had been the war to end all peace. Storm clouds gathered. The Armistice had not been the end of the war, merely the whistle for half-time.

In 1945, after the War’s second half was over, with European civilisation blasted and blood-soaked, it seemed likely that there would be another, final, fixture. “The old bitch gone in the teeth”, as Ezra Pound had described Europe, might be finished off altogether. We were saved by the invention of the atomic bomb. A conclusion as terrible as it is inescapable, we do not owe our survival to any moral lessons that war might have taught us, but to a technology that the war helped to accelerate: the weaponry to guarantee mutually assured destruction. From 1914 onwards, horror had been piled on horror. No wonder Owen convinced so many readers that the First World War was the second fall of man and that if we British could not prevent the conflict, we should at least have kept out of it. Yet it is not that simple.

After Archduke Franz Ferdinand’s assassination, the momentum towards war was irresistible. Britain could have stayed out, but only by betraying her allies. We could have charged a price for our neutrality, or even abandoned our oldest ally of all, Portugal, with whom England had signed the Treaty of Windsor in 1386.

After we had seized Angola and Mozambique, we would have been in sight of the goal of dominating Africa from the Cape to Cairo. At the same time, Germany might have agreed not to increase her battle fleet. It would have been worth her while to make concessions, in order to secure a free hand in France.

So, no war, no mass recruiting. Perhaps a few pennies on income tax to pay for a few more British battleships, but no British soldiers in the trenches. Would Wilfred Owen have avoided the Western Front and found another outlet for his genius? Or would the Anglo German Pact of 1914 have proved as durable as the Molotov Ribbentrop one, 25 years later?

Let us consider the likely outcomes of a First World War without Britain. France would have been defeated, disarmed, impoverished and plundered of her colonies. In the aftermath, she would have had difficulty in deciding whom she hated more, Germany or Britain. Russia would also have been defeated, potentially leading to a breakaway state in the Ukraine under German tutelage, giving the Germans access to her mineral and agricultural riches.

The Turkish Empire would have survived as a German ally and satellite, with profound geopolitical consequences. Turkey would have retained sovereignty over the oil riches of Arabia. The Royal Navy was rapidly switching from coal to oil. In future, its oil supplies would have been dependent on German goodwill. While all these changes were taking place in Europe, the USA would still have been distant from the scene by 3,600 miles of cold ocean, with a President who was a pacifist by inclination and a population with no enthusiasm for gratuitous interference in faraway countries. The Germans could have won the war without sinking a single American ship.

For centuries, British statesmen had believed in maintaining the balance of power in Europe. Philip II, Louis XIV, Napoleon – we had helped to frustrate them all. After the German victory parade in Paris, there would have been no balance, only power. We would have been a lonely island off a German-dominated continent, although Germany would have found its new fiefdoms difficult to control. This could have led to an uneasy modus vivendi: They dominate Europe, we have our Empire and the high seas. But the obvious risk would have been that, flushed with victory, the Kaiser’s military appetites became insatiable. So despite the four years of slaughter, there was a powerful case for war, both geo-strategic and moral.

Could it have been fought in a different fashion? During the Boer War, the young Winston Churchill had seen what damage Afrikaner riflemen could inflict, without many machine guns, on troops advancing across open ground. After 1914, he was desperate for an alternative to the slogging match of trench warfare – hence Gallipoli. But until 1917, when the tank could be successfully deployed, the line had to be held the old-fashioned way.

There might have been another alternative to tragedy, but for that scourge of modern life – cancer. In 1888, Frederick III became Kaiser. A liberal, a constitutionalist, an Anglophile – Queen Victoria’s son-in-law – he had been a successful general in the FrancoPrussian War, thus earning the prestige that his strutting son, Kaiser Bill, always craved. But Frederick had also been a champion smoker. Desperately ill when he came to power, he reigned for just 99 days before dying at 58. His father reached 91.

Suppose Frederick had lived until the 20th century? There was a lot of dry tinder around in pre-1914 Europe, and a lot of people wanting to play with matches in the dynamite factory. It must also and always be remembered that while we know how terrible the First World War became, that was concealed from almost all of those who rallied to the colours and quick-marched off while the crowds cheered and the bands played stirring tunes. Even so, with a sensible Kaiser there might have been a diplomatic settlement. In that case, we would never have had Hitler. Without the bloodshed, impoverishment and exhaustion of two World Wars, Britain might not have succumbed to Imperial fatigue. If so, we might have prevented the ongoing problem of Palestine and Pakistan – two Ps that no number of mattresses can disguise.

That good Kaiser died. A bad one took over. Britain’s leaders had to deal with the outcome.

Bruce Anderson is a columnist for The Spectator