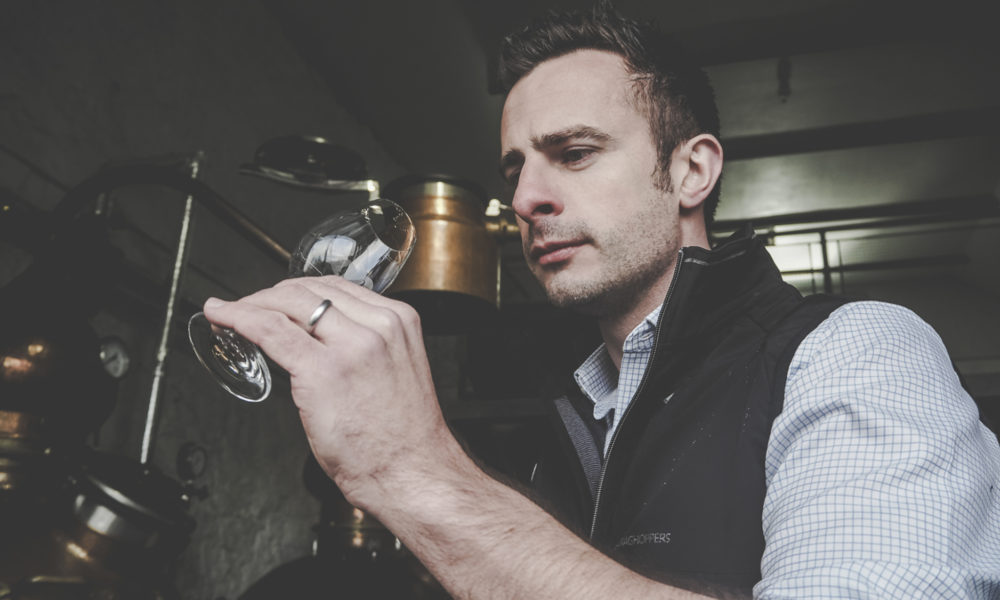 Whisky may be the tartan tipple, but innovative Scottish distillers are challenging that supremacy with an explosion of new gin brands that stand out at the bar, a merry Khalil Khairallah reports

There’s a new term for the cheeky state of G&T drinkers: sartonic. And there’s a lot of them. Gin has enjoyed a meteoric rise in recent years, with UK sales tripling in the past decade – and it’s not just big players like Gordon’s and Hendrick’s riding the crest. Craft distilleries have been spreading like thistledown, taking their cue from the successful Sipsmith, established in 2009, and the premium tonics elevating G&T to an art form. But the hundreds of new gins on the market can only survive by differentiating themselves in a crowded field.

Canny Scots, who get the jitters when too far away from a copper still or its contents, have taken up the challenge with vigour – and humour. So along with intriguing new flavours, colour-changing gins, and bizarre bottle shapes, who could resist the almost eponymous El:gin or even (clears throat) Glaswegian?

The Scottish Gin Society was established in 2016 to build a community of gin lovers in the belief that Scottish gin would thrive and ultimately challenge the country’s other national drink. In 2019 alone, it recorded almost 40 new gin brands and an incredible 25 new distilleries, which have been added to its gin map.

“While there is always the threat that the gin bubble will suddenly burst, it’s unlikely that this will happen any time soon,” the Society’s Alison Higgins says. “What is clear is that gin producers will have to continue to evolve and innovate to grab the public’s attention if they are to grow and survive.”

The challenge is being met from backyard distilling operations to whole-island efforts. 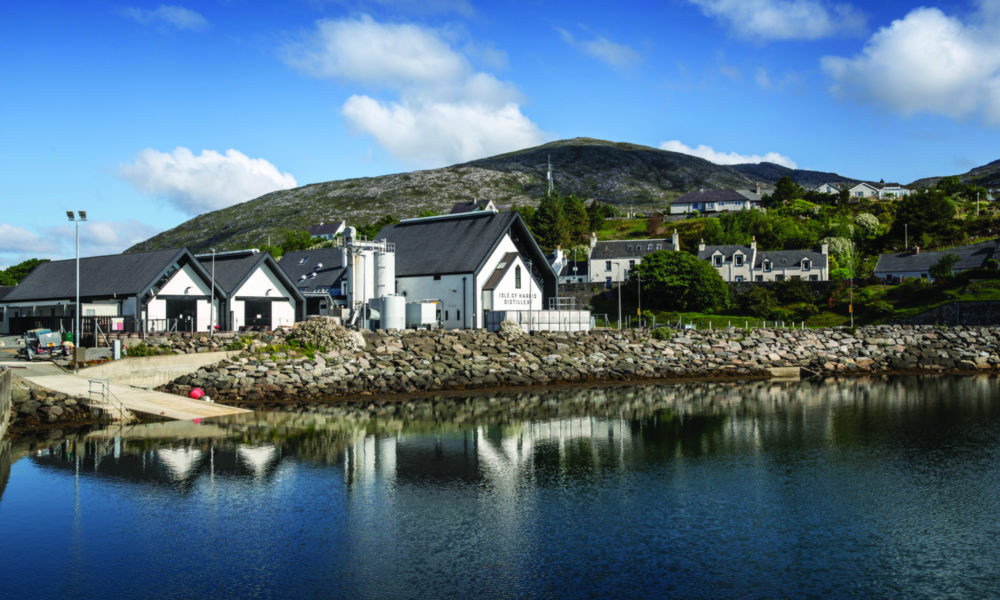 Perhaps the most extraordinary gin story is one that has involved an entire community in a social enterprise. The Isle of Harris in the Outer Hebrides is an ancient and elemental place, exposed to wind and waves, with high hills, open moorland, beautiful golden sands, and rugged shores. Its tweed may be famous, but like most remote places in Scotland it has suffered from depopulation as traditional industries have declined.

The Isle of Harris Distillery was opened in 2015 in the small harbour village of Tarbert and was the vision of Anderson “Burr” Bakewell, who wanted to create employment for generations to come and support the fragile local economy. Five local distillers and two young apprentice distillers make a single malt whisky as well as a gin, and the Social Distillery, as it is called locally, opens to the public for gatherings, book readings, and other cultural events, a large peat fire always burning in its main public space. It now has 40 staff and last year some 30,000 international visitors came to the distillery.

Burr Bakewell wanted to capture the spirit of Harris in a bottle, so along with juniper, coriander, and liquorice, he added seaweed, specifically sugar kelp, which is sustainably harvested by a local diver and adds what is described as a “dry, maritime note”.

When helicopter pilot Nick Smalley, who flies offshore workers between Aberdeen and North Sea oil rigs, was worried that the downturn in the oil industry could lead to redundancy, entrepreneurial instincts led him to explore gin production as back-up income. He and his wife Emma had made homemade sloe gin as wedding favours and decided to go on a residential course to learn everything about craft distilling. Their idea was to create a new gin that reflected the area’s historic connections with the tea trade; it was a local, James Taylor, who had planted the first tea plantation in Ceylon in 1867. “We found to our surprise that when you distil tea it doesn’t taste anything like brewed tea. The orange pekoe we used was floral and citrussy with a minty sweetness. So we distilled it on its own first to get the taste profile right and used botanicals to complement this.”

Their Teasmith gin has won numerous awards and they now even create single-estate gins with tea grown in, yes, Scotland. The first comes from Broich, in Perthshire, limited to just a thousand bottles since Scotland’s tea production is still very small. “It has very strong honey notes,” Nick says, “and we’re planning further Grower’s Editions from other Scottish estates.” 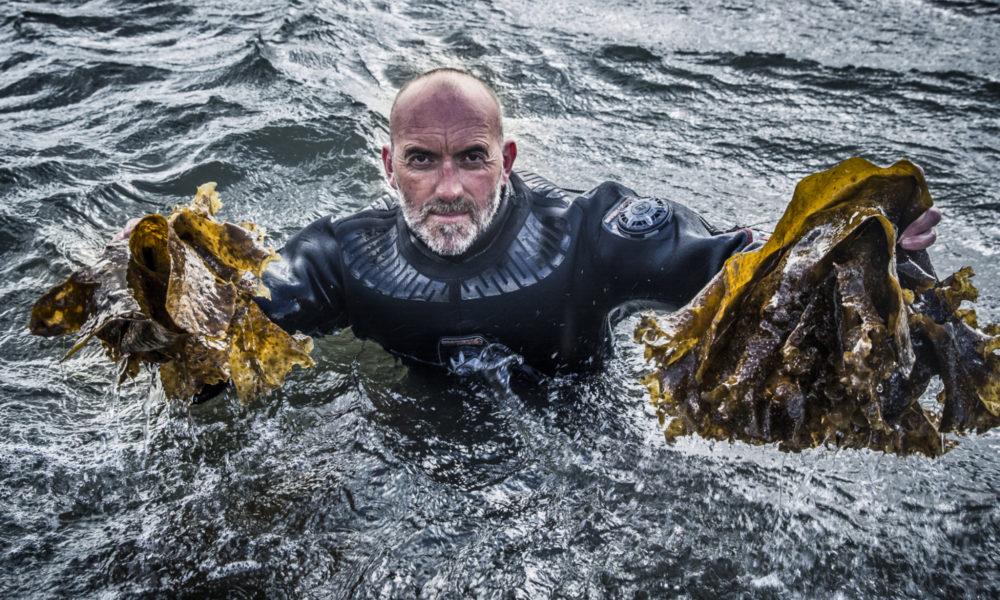 Diving for sugar kelp off the Isle of Harris.

It is not always the case that a new gin starts with a distillery first, and botanicals later. In 2012 Hamish Martin, a wine merchant, bought a derelict plot of land on the outskirts of Edinburgh. Having studied as a herbologist, he established The Secret Herb Garden, growing more than 600 varieties of herbs to supply the restaurant trade and make natural products. With his botanical background, a few years later Hamish began experimenting with creating new gins from the garden’s produce and founded The Old Curiosity Distillery in 2017.

Beginning with apothecary rose, an ancient ingredient in tinctures and tonics, everything about his gin was as artisan as could be – all handmade in small batches, no machinery, and free from any chemicals or flavour compounds. The different gins also have a unique and charming characteristic that is completely natural – they change colour to pink when mixed with tonic water. With creations such as Lavender and Echinacea, Geranium and Mallow, and Lemon Verbena, although Hamish steers clear of making any medicinal claims, they could almost be inspired by Nicholas Culpeper’s writings. With production at 100,000 litres a year, Old Curiosity is now sold in such upmarket haunts as Harvey Nichols and even produces an own-label gin for Marks & Spencer. 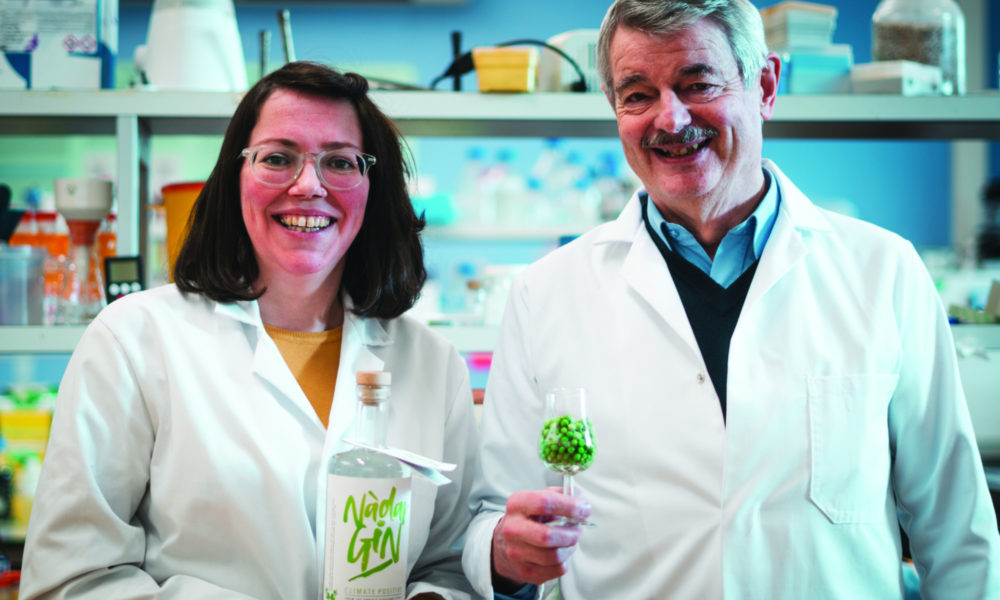 The Stirling family had been farming since 1660, growing potatoes, wheat, and barley on the 2,000-acre Arbikie estate, near Arbroath in Angus, when six years ago they decided to add value to their crops. The distillery they created is a genuinely farm-to-bottle operation. “We believe in drinking the way we eat,” Iain Stirling explains. “Goodness from the ground up.” And so they distil their own base spirit and have full control over the provenance of almost every ingredient, grown and harvested within a bowshot of their distillery, which produces vodka and whisky as well. “We only buy in the juniper at the moment, but over the past three years we’ve planted 30 acres with juniper shrubs and will soon be harvesting our own berries.”

But it is their latest collaboration with Dundee’s Abertay University that has the gin world buzzing: the world’s first “climate-positive” gin. Named Nàdar (“nature” in Gaelic), each bottle carries a carbon footprint of –1.54 kg CO2e per 700ml bottle – yes, that is a negative amount.

It’s all down to the most innovative and surprising ingredient: the humble pea. Most gins are made from spirit distilled from cereals, but growing peas means no nitrogen fertiliser is needed and the negative environmental impact on waterways, air, and soils is avoided. Iain describes this as “regenerative farming” since growing fields of peas supports pollinating insects and soil quality and any residue left over from the distilling process can be used as protein-rich animal feed. Rest assured this is non-alcoholic and there are no tipsy livestock! The pea base-spirit has no pea flavour but is slightly sweet with a crisp finish. As an example of a ground-up environmental approach to distilling, Arbikie may well be setting the course for the industry as a whole.

Whether or not the gin market continues to grow at home and in the post-Brexit trading sphere, it is safe to say that Scottish distillers are simply in-gin-ious.

Visit The Scottish Gin Society for events, reviews, and an interactive map of more than 90 distilleries, many of which can be visited. Travelling to Scotland? Boisdale Life’s favourite gin bars are 56 North in Edinburgh and Gin 71 in Glasgow. 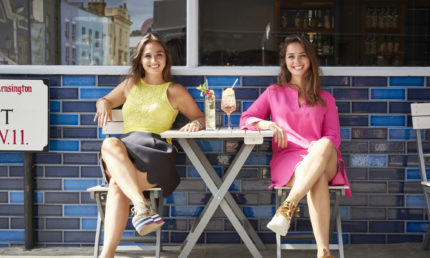 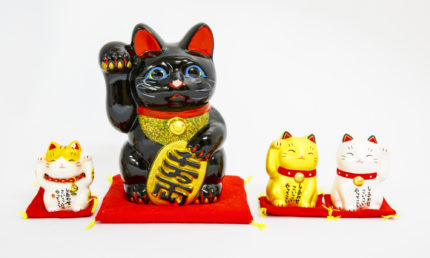 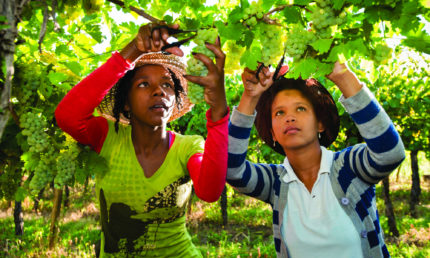 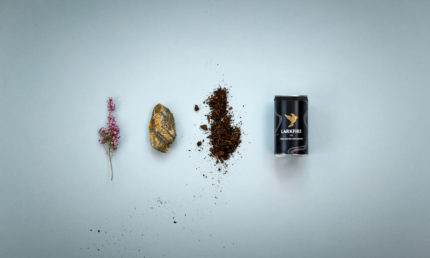