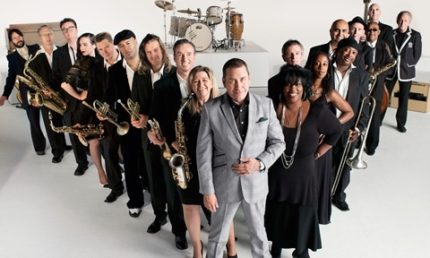 Ruby Turn­er is a major star in her own right who pos­s­eses one of the finest soul, gospel and R&B voic­es in the world. To date, Ruby has released 14 albums plus the BBC’s ​‘Live From Glas­ton­bury’, as well as appear­ing on releas­es by the likes of Bri­an Fer­ry, UB40, Steve Win­wood and Mick Jagger.

Sandie Shaw, an Eng­lish singer described as ​“the bare­foot pop princess of the 1960s”, was one of the most suc­cess­ful British female singers of her era. With no 1 hits such as “(There’s) Always Some­thing There to Remind Me”, ​“Long Live Love” and ​“Pup­pet on a String”, in 1967 she was the first UK act to win the Euro­vi­sion Song Contest.

One of Holland’s most inti­mate per­for­mances to date, there will be a max­i­mum of 180 guests in the room, whom, in addi­tion to the music, will also be able to enjoy a sump­tu­ous din­ner cooked by Miche­lin trained chef Andy Rose and choose their drinks from the bar that offers the world’s largest col­lec­tion of malt, sin­gle grain, pre­mi­um blend­ed Irish and Amer­i­can whiskies, includ­ing rare vin­tages and bottlings.

Bois­dale of Canary Wharf hosts live jazz, soul and blues per­for­mances every evening which can be enjoyed in the Restau­rant and Whisky Bar on the sec­ond floor. The venue is also home to a 1,000 ft2 Cig­ar Ter­race, Cuban Cig­ar Library and Shop as well as art-deco inspired Caviar & Oys­ter bar on the first floor.

News from Boisdale of Canary Wharf is Open