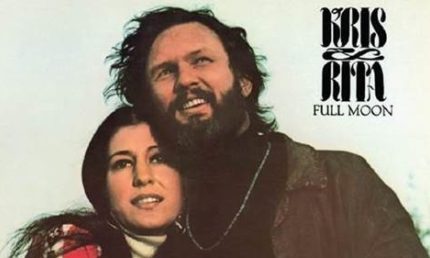 IN ASSO­CI­A­TION WITH COUNTYLINE

In what will undoubt­ed­ly be the most inti­mate UK con­certs of her career, we are proud to present the leg­endary two-time Gram­my award win­ning singer / song­writer, Rita Coolidge, who is mak­ing her debut on the Bois­dale stage.

After mov­ing to Mem­phis in the late 60s, Coolidge cut her teeth as part of Delaney and Bonnie’s bril­liant band, although it didn’t take long for her to estab­lish her­self as one of the most in demand singers in the busi­ness. That’s her smoky voice on Eric Clapton’s After Mid­night, Stephen Stills’ Love The One You’re With and Bob Dylan’s Knock­ing On Heaven’s Door.

Coolidge soon became a star all over the world — both as a solo singer and as half of the huge­ly suc­cess­ful duo she formed along­side her then hus­band, Kris Kristof­fer­son – with a string of clas­sic songs includ­ing Help Me Make It Through The Night, (Your Love Has Lift­ed Me) High­er and High­er and All Time High (the theme to the James Bond film, Octo­pussy). As a song­writer, she co-wrote the Car­pen­ters’ gold­en hit, Super­star and co-com­posed the dreamy piano coda to Clapton’s clas­sic Derek & the Domi­nos love song, Lay­la.

For these huge­ly-antic­i­pat­ed shows, Coolidge will be per­form­ing all of her time­less hits along­side a host of songs from her superb new album, Safe In The Arms Of Time, which sees her return to the 70s Amer­i­cana roots she made her name with. With her per­fect blend of rock and roll and blues, Rita Coolidge’s sweet, soul­ful voice is sound­ing bet­ter than ever.

News from Boisdale of Canary Wharf is Open