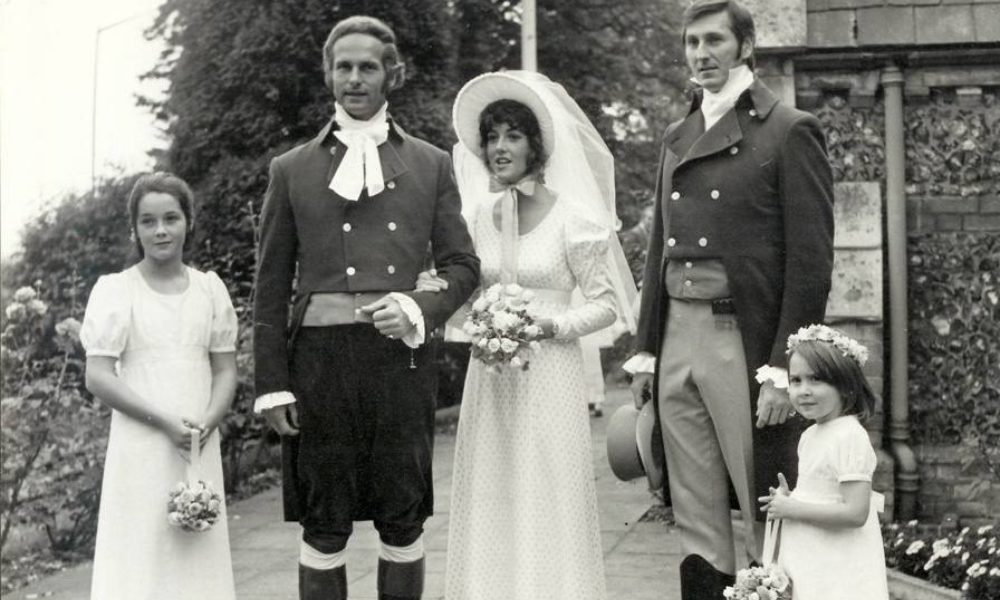 THE SUBLIME SOCIETY OF BEEF STEAKS

The Sublime Society of Beef Steaks is the oldest surviving dining society in Britain - possibly the world. It was founded in 1735 by John Rich, manager of the Covent Garden Theatre. It was he who first staged John Gay’s “Beggar’s Opera”, whose runaway success led to the saying that it “made Gay rich and Rich gay”. The Laws of the Society include strict provision that its membership be restricted to twenty-four, a rule never broken even in the case of George IV, who as Prince of Wales had to await his turn for a vacancy. An elaborate ritual including a succession of toasts ensures a convivial gathering, the main course of the evening naturally being beefsteaks.

The Society has long maintained a tradition of association with the stage and painting, one of the original twenty-four Members being William Hogarth. Other famous Members included Lord Sandwich, George IV’s brothers the Dukes of York and Sussex, the Dukes of Norfolk and Leinster, Lord Brougham, and the actor John Kemble. Boswell described a Dinner he attended in 1762, and not long before the Society was lauded in The Connoisseur as being “composed of the most ingenious artists in the kingdom, [who] meet every Saturday in a noble room at the top of Covent-Garden theatre, and never suffer any dish except Beef-steaks to appear”.

The celebrated radical MP John Wilkes was Secretary for many years in the latter part of the 18th century, until a warrant issued for his arrest obliged him to seek refuge in Paris. One of his letters of apology for failing to attend concluded with his enviously picturing the Members after their feast “visiting the Whore-houses of Covent Garden”.

Members wore uniforms comprising blue tailcoats and buff waistcoats, with brass buttons bearing the Society’s emblem of the gridiron and their motto “Beef and Liberty”, addressing each other as “Brother so-and-so”. Officers of the Society include the President, who succeeds by rotation and against all odds maintains order throughout proceedings; the Bishop, who sings the grace; the Recorder, who imposes punishments on offenders against the Society’s laws and customs; and finally Boots, the most recently-joined Member, who must fetch wine and perform any other humbling task imposed by his fellow-Members.

For well over a century and a half the Society flourished like the green bay-tree, but in 1867 altered dining habits in Victorian London led to its temporary demise, as an ever-diminishing number of Members attended. It was a sad day when finally the remaining Members dispersed, and most of the Society’s elaborate regalia was auctioned.

However it was not long before it rearose, phoenix-like, into renewed existence. Its original venue the Covent Garden Theatre having been burned down in 1808, eventually a new home was found at the Lyceum Theatre, whose manager was Brother Walter Arnold. Only twelve years were to pass before Arnold’s successor, the great actor-manager Sir Henry Irving, revived the Society in the Beef Steak room at the Lyceum. It was he who introduced the only alteration to the Society’s customs throughout its long history: the admission of ladies as Guests. A menu in the Society’s possession dated 1881 is autographed by Irving and his lovely guest the celebrated actress Ellen Terry.

After Irving’s death the Society gradually languished until eventually it appeared to have expired again. However, it has proved itself IMMORTAL, and since its second revival in the midst of the last century it has continued from strength to strength, dining once a month every year save during the summer break. Members continue to wear the traditional uniform, and woe betide that impious dog who unwittingly infringes our ancient laws. Under the Recorder’s stern gaze he is doomed to crawl around the table in a white sheet, or suffer some yet more humiliating punishment.

All the ancient regalia have been restored to the Society. On learning of its resuscitation, Her Majesty the Queen graciously returned the historic Throne on which Members from Hogarth to Irving and onwards have sat in succession as President.

The President traditionally wears a Beefeater’s hat, and when it succumbed to age and rough usage a new one was formally presented at a Dinner by the Constable and Governor of the Tower. When the Recorder’s hat similarly required replacement, the Governor of the Chelsea Hospital likewise attended as a Guest and presented us with the traditional Pensioner’s tricorn.

For many years now the Society has found a congenial home in the Jacobite Room at Boisdale, where portraits of Members gaze approvingly down on the antics of their successors. This is thanks to Brother Macdonald, a much-valued Member of the Society, who has succeeded to the mantle of Brothers Rich, Arnold, and Irving in providing us with a happy and lasting home.

As the Society’s toast has it:

“May BEEF and LIBERTY be our Reward!”