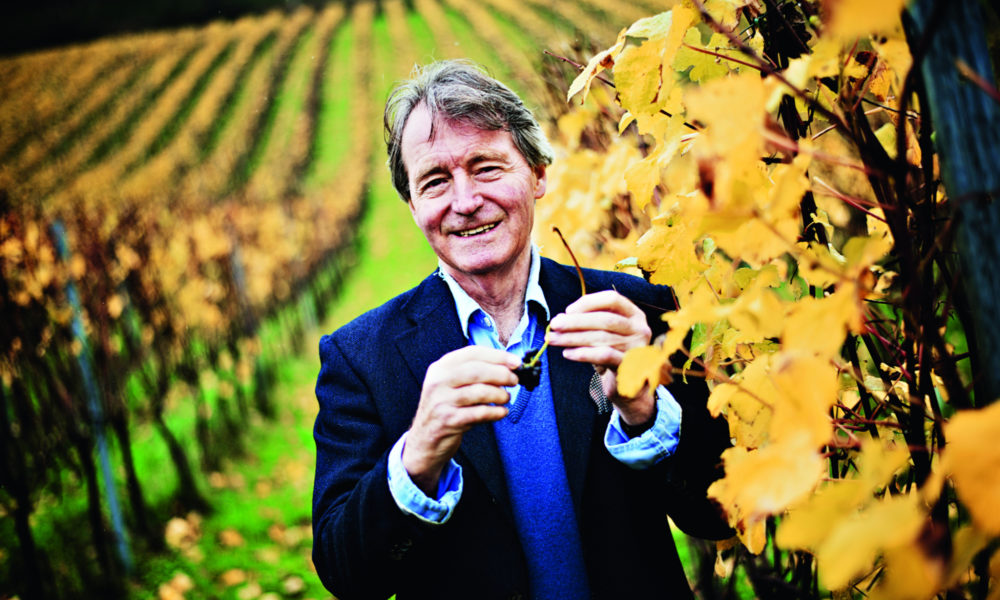 An unheralded Parisian tasting in 1976 scandalised France and announced the arrival, in wine terms, of the New World – and naturally, the event was organised by a Brit. Michael Karam meets the man behind the legendary 'Judgment of Paris’

On April 20, 2016, in the first blind tasting of its kind, a flight of English sparkling wines were shown to a panel of French judges, who deemed them better than champagne. The English wines won in two categories and drew the third. “Many [judges] were convinced that some of the UK-produced fizz was from their own country,” gushed The Daily Telegraph, “and in most cases they preferred it to champagne.”

A dagger in the heart of the French wine establishment? Nah, not really. That blow had been struck 40 years earlier on May 24, 1976, when a British wine merchant held his own blind tasting of the best Californian Cabernet Sauvignons and Chardonnays versus an A-team of wines from Bordeaux and Burgundy. The Americans swept the board, and in one fell swoop decimated the hitherto unchallenged authority of French wine. Heads rolled, friendships ended and the landscape of the wine world changed forever.

Steven Spurrier, now a youthful and trim 77-year-old, was that wine merchant. “Come through to the kitchen,” he says, answering the door to his West Kensington flat. “I’m just finishing lunch. Would you care for a glass of wine?” He happily admits to drinking a litre of the stuff a day. “President Macron is being scolded by one of his ministers for drinking two glasses a day,” he mutters. “That’s 14 a week. She’ll be sacked, you’ll see.”

Spurrier’s intake hasn’t done him any harm. He is a consultant editor and writer for Decanter, he makes his own fizz, Bride Valley, from a vineyard in Dorset, and has just released his memoirs, Wine – A Way of Life. But the event that will justifiably define his career was that day in 1976, which came to be called, courtesy of a Time magazine headline, ‘The Judgment of Paris’.

It began as a simple exercise by Spurrier, who at the time owned a wine shop and wine school in Paris, and his American business partner, Patricia Gallagher, to promote what they believed was the marked improvement in the quality of Californian wine. The region had been given a boost by the influence of Robert Mondavi, who in 1966 founded his game changing Napa winery. It was also the 200th anniversary of the American Declaration of Independence. So why not?

Well, for a start, the wine world was very different back in 1976. France was an unabashed colossus. It may have come to the wine game relatively late, around 400BC, but it wasted no time in establishing its reputation. The great Russian wine authority Alexis Lichine declared in 1951 that “the greatest wines on earth come from France”.

This wasn’t just down to the terroir: vineyards tended to be family owned, and once you had a family you had tradition, and once you had tradition you had generations of trial and error until perfection, or near-perfection, was reached. The wines of Bordeaux, with its access to the sea and close ties to England, were famous as far back as the late 12th century, while in the 14th century, rules determining that Pinot Noir and Chardonnay should be the only grapes used in making Burgundian wines were laid down by Philip the Bold. That the people of the Caucuses and the Levant have been making wine for millennia was nothing more than quaint trivia.

In 1976, wine was France – in reality, Bordeaux, Burgundy, Champagne and bits of the Rhône. Loire and Alsace were considered to be ‘2nd XI’ regions. Germany had some decent stuff; Spain made sherry and the Portuguese made port.

A golden age? Not according to Spurrier. “The 1970s weren’t golden,” he says, sipping his coffee. “People believe so called golden ages are in the past, but in wine they are in the now and the future. When I opened my shop, I was a caviste [cellarman], and that meant I was seen as nothing more than a pompiste, or petrol pump attendant. I inherited a supplier of four different wines in tank and people would come in, plonk a bottle on the table and say, ‘fill it up’.”

Spurrier got rid of the tank-wine but admits the trade was still parochial. “There were no non-French wines in France,” he explains. “There was a bit of port and sherry, and madeira was used for cooking.” Hence, the motivation to show the best tasters in France what the Californians could do. He invited nine of the most formidable palates in Paris, including Odette Kahn, the matriarch of Paris wine writers, Raymond Oliver, owner of Le Grand Véfour, the greatest restaurant in Paris, and the respected wine writer Michel Dovaz.

But with a week to go, Spurrier feared they might draw unfair conclusions about the geography and climate of California and automatically compare the wines to the woeful examples from Portugal and Spain, and “damn them with faint praise”. So he upped the stakes. “I decided to turn it into a blind tasting, pitting the Californians against the best white Burgundies and the finest Cabernet Sauvignon-dominated wines from Bordeaux.”

When the tasters arrived, they were told of the change of plan. “‘Pas de problème’ seemed to be the unanimous feeling,” recalls Spurrier. The wines were poured, and the judges swirled, sniffed, tasted and spat, before giving their scores.

At the end of the first flight, the Chardonnays, not a single judge voted for a Grand Cru Burgundy over a wine from California, with Napa Valley’s Chateau Montelena 1973 coming top. Time magazine writer George Taber, the only journalist present, described the reaction in the room as “shock and horror”. Surely the clarets would restore French honour? Scores were tighter, but it was a Californian Cab, Stag’s Leap Wine Cellars 1973, that pipped the Bordeaux heavyweights.

Even then, the event might have passed unnoticed. After all, the French press stayed away, seeing no reason to give it any importance. It was only the presence of Taber, and photos taken by Spurrier’s wife, Bella, that helped the story make the papers. The implications were considerable. “It was the first chink in the armour of French wines,” says Spurrier. “There had been whispers, but no one had really questioned the dominant authority of France.”

The fallout was equally substantial. Spurrier was treated as persona no grata, while the judges were, as he says, “given a really hard going over”. Some were pressured to resign from their jobs, while Kahn, who asked for her notes when the results were announced, claimed the tasting had been rigged. She never spoke to Spurrier again. “Those who belonged to a wine producing community got shat on tremendously,” recalls Spurrier. “But to their credit, they said nothing, because they knew it had been held for the right reasons and in impeccable circumstances.”

That said, he admits there was an element of providence. “If I’d held it on a different day, they would’ve said, ‘nice try but we’re still top dog’. As it was, we fast-tracked Californian wine by about five years because, to be honest, it was just a matter of time before people’s minds were opened. But what it did do was to break down the barriers. All I wanted was recognition of the quality coming out of California – and I got it in spades.”

Wine – A Way of Life, by Steven Spurrier, is published by Adelphi. Michael Karam is a journalist and wine writer, and the author of Wines of Lebanon, published by Saqi Books