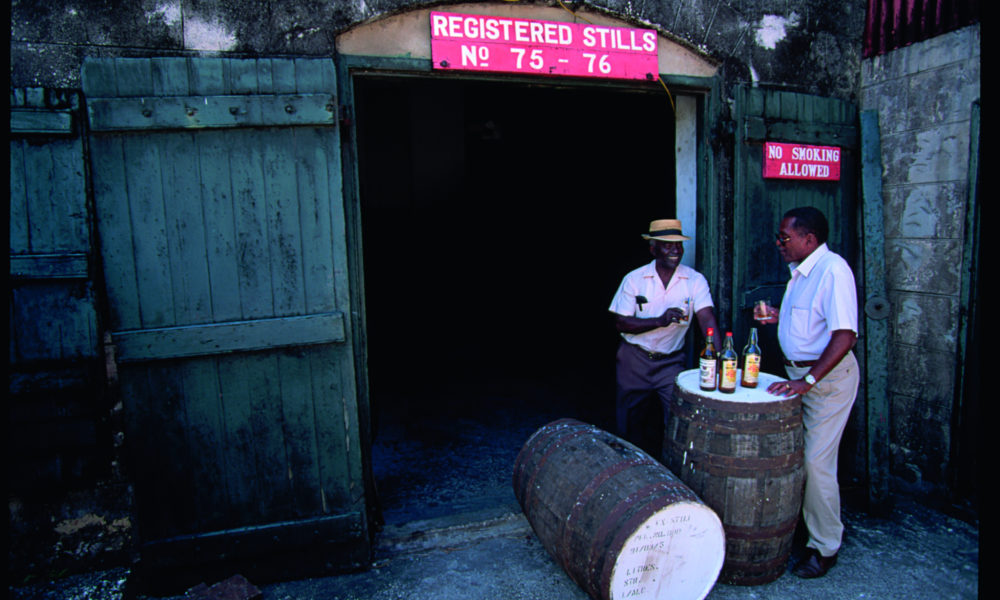 The favoured spirit of sailors and hipster mixologists can also, it turns out, make for a fine premium tipple in its own right. Mark Palmer puts aside the single malt and switches over to something spicier

The barman saw me coming. Which is to say that after observing my gluttony at the weekly barbecue held at Blue Waters resort on Antigua’s north coast, he knew I was about to wobble over and order a single malt to round off the evening. Even by day two, I had become a creature of habit.

“Why not try this for a change?” he asked, holding up a bottle of El Dorado 15-year-old dark rum, much as Bobby Moore victoriously held aloft the Jules Rimet trophy in 1966.
“Make it a large one, Winston,” I said. “But how should I have it? Straight up or with ice?
“Same rule as with your single malt whisky – there are no rules.”
“Then straight up, please.”
“Coming your way, Mr Mark.”

And that was it. It was a conversion of sorts – or, more to the point, a pleasing diversion from my normal single malt post-prandial. And it helps explain why a bottle of English Harbour Reserve now has pride of place on my drinks tray, hobnobbing with the cognacs, gins and whiskies. And making quite an impression.

What’s more, I feel on-message for a change because those who keep an eye on such matters tell me that rum is ready to rumble after attracting all kinds of new admirers.

Mind you, we’ve heard that in the past about posh vodkas, pricey bourbons and, of course, gin, which the whole world is making, bottling in trendy bottles and applying fancy names (Monkey 47, Bloom, Berkeley Square et al).

But hold on. Perusing the drinks menu at the American Bar at The Savoy, I come across a full page devoted to rums, including six whites and no fewer than 18 aged dark rums – or 19 if you count the Savoy Collection Guyana 38-year-old Demerara at £250 for 50ml. Dominic Whisson, the head bartender, is emphatic. “There’s definitely a renewal of interest in it,” he says, “and it helps that there are so many ways to drink it.”

That’s for sure. Some famous rum-based cocktails have never gone out of fashion. The daiquiri (Ernest Hemingway’s favourite), made of white rum, syrup and lime juice – and from my experience ideally drunk in a smoky bar in Havana, while the famous Mojito (Hemingway’s second-favourite cocktail) comprises white rum, fresh lime juice, mint, sugar and soda water.

The figures are impressive. Annual sales of rum in Britain have topped £1billion for the first time, an increase of more than 7 per cent in the past 12 months – and let’s not forget that making rum is considerably more arduous than producing gin. That’s because distilling it in this country means importing the required molasses from overseas, mainly from the Caribbean, which produces an estimated 80 per cent of the world’s rum. Then, balancing the molasses and yeast is a delicate operation, not least because molasses is sticky and acidic and so ferments reluctantly.

But where rum is winning, according to Spiros Malandrakis, drinks analyst at Euromonitor, is that “it doesn’t have the stuffiness of other drinks like Scotch, and it’s got great stories that tap into provenance and cultural identity.”

No one can deny that. In Jamaica and other Caribbean islands, when a baby is born he or she is often anointed with a drop of rum, and when building a new home, Jamaicans will sprinkle the foundations with the stuff. They also drizzle some on the graves of the dear departed.

As far as provenance goes, during the 18th century sugar trading wars with the French and Spanish, rum briefly was the chosen tipple of the British aristocracy. But it wasn’t long before its reputation changed, not least when the Royal Navy began issuing a daily ration of rum (served with lime juice) to every sailor on board as a means of staving off scurvy.

Indeed, this tradition continued unofficially until 1970, by which time rum had been given its nautical nickname of ‘Nelson’s Blood’. This was because it was reported that when Admiral Nelson died aboard HMS Victory after dispatching the French at Trafalgar, his body was placed in a barrel of rum to preserve it for the voyage back home. Only after docking in Britain was it discovered that sailors had drilled a hole in the barrel and siphoned off all the rum.

Today there’s a saying: “Drinking rum before 10am doesn’t make you an alcoholic, it makes you a pirate.”

Rum was invented almost by accident in the West Indies when plantation owners discovered that fermenting and distilling their sugar cane produced alcohol. This was in the colonial era of the 17th century, and it wasn’t long before it was being drunk around the world.

President George Washington had a barrel of Barbados rum at his inauguration in 1789, and Australia in 1808 witnessed the Rum Rebellion which saw the governor of New South Wales overthrown by a military junta following his attempts to regulate people’s rum consumption.

Although producing rum is easiest in a warm climate (because the heat speeds up the interaction between spirit and oak), one company making a good fist of it here – and the first to do so – is the English Spirit Distillery, based at sites in Essex and Cambridgeshire.

“Our sales are up by as much as 500 per cent this year,” says English Spirit Distillery’s master distiller Dr John Walters. “I think people are going for something with warmer notes and rum is very accessible, perhaps more rounded than some other sipping spirits.”

I like the association with St Piran, the fifth century abbot from Ireland who is one of Cornwall’s patron saints. Back in the day, the Irish King was suspicious of his powers and cast him off a cliff and into the sea tied to a millstone. Piran survived and washed up in Perranporth, Cornwall, where he built an oratory. Dudes in Newquay will tell you he surfed the last few hundred yards to safety.

All three English Spirit rums cost £36 a bottle, and all are delicious. And they will restore your faith in a rum punch (the stuff you get given at a beach party in the Caribbean is deliberately sweet and fruity to disguise the indifferent quality of the rum).

So, how long will the rum revolution continue? That’s anyone’s guess.

But Dr Walters says, perhaps unsurprisingly, that people immediately associate this lovely tipple with golden sunsets by the ocean – and there’s no sign that any of us are tiring of those.